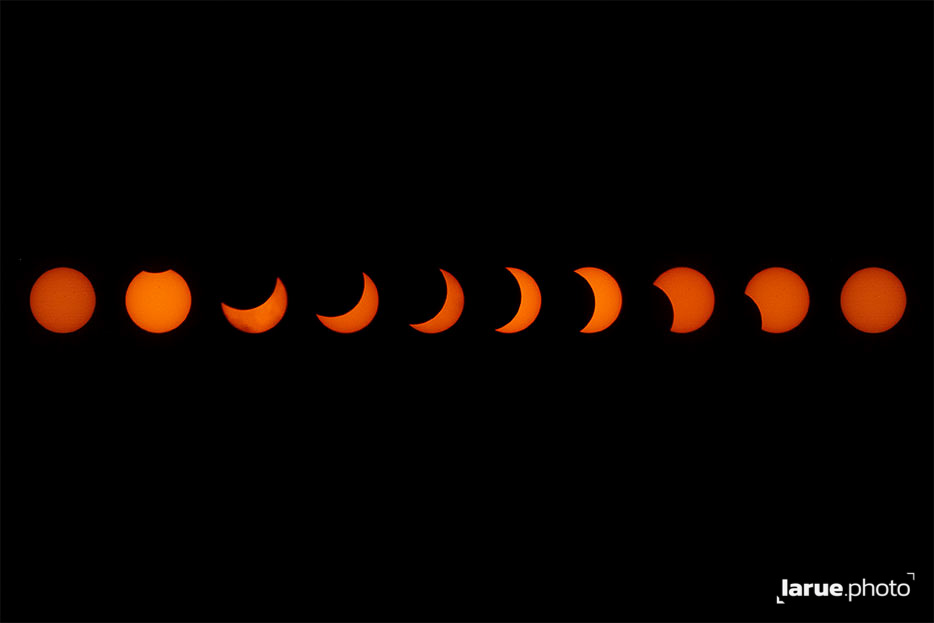 Photos taken throughout the eclipse show the changing shape of the sun/moon relationship. Captured in Phoenix, AZ outside the Path of Totality.

Images captured in Phoenix, AZ of the solar eclipse of August 21, 2017. These were captured outside the path of totality and therefore depict a partial eclipsing of the sun by moon.  See more of my astrophotography.